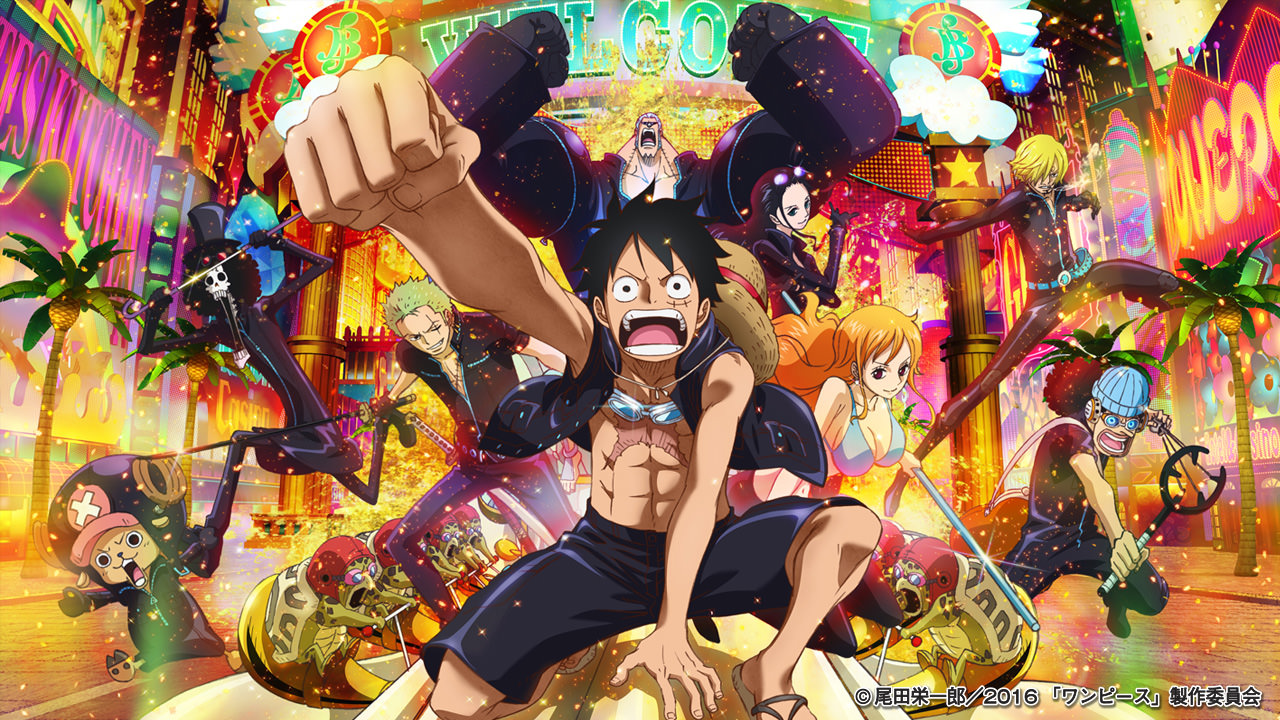 An Extreme Piece of Entertainment, Even More Than Before

The series One Piece is set to celebrate its 19th anniversary this year. The first episode was published in 1997 in the Weekly Jump Magazine. Till date, the series has sold more than 320 million copies worldwide, and this achievement is listed in the Guinness Book of Records. The movies based on the series, One Piece Film: Strong World (2009) and One Piece Film: Z (2012), have also been received well. As with the previous films, the author, Eiichiro Oda, worked as the General Producer in the creation of this extreme piece of entertainment. You will witness a legend.

The Straw Hat Pirates arrive at the biggest entertainment city of the world “Gran Tesoro,” which is an “absolute sanctuary” where the World Government has no authority and the people have to follow the rules of the town. The ruler of the town is the golden emperor, Gild Tesoro, who controls the Government through his money and conquers TenRyuJin with his power. Luffy is excited to gamble at the Casino and indulge in its attractions; however, he is swallowed by the overwhelming power of the ruler and the ruthless rules of the town. When people realized that Tesoro paid an exorbitant sum to TenRyuJin and that the extent of his power was dangerous, both the World Government and the Revolutionary Army sense the crisis. At this time, the Straw Hat Pirates fight the ruler because their final aim is to conquer the world.