KING OF PRISM by PrettyRhythm 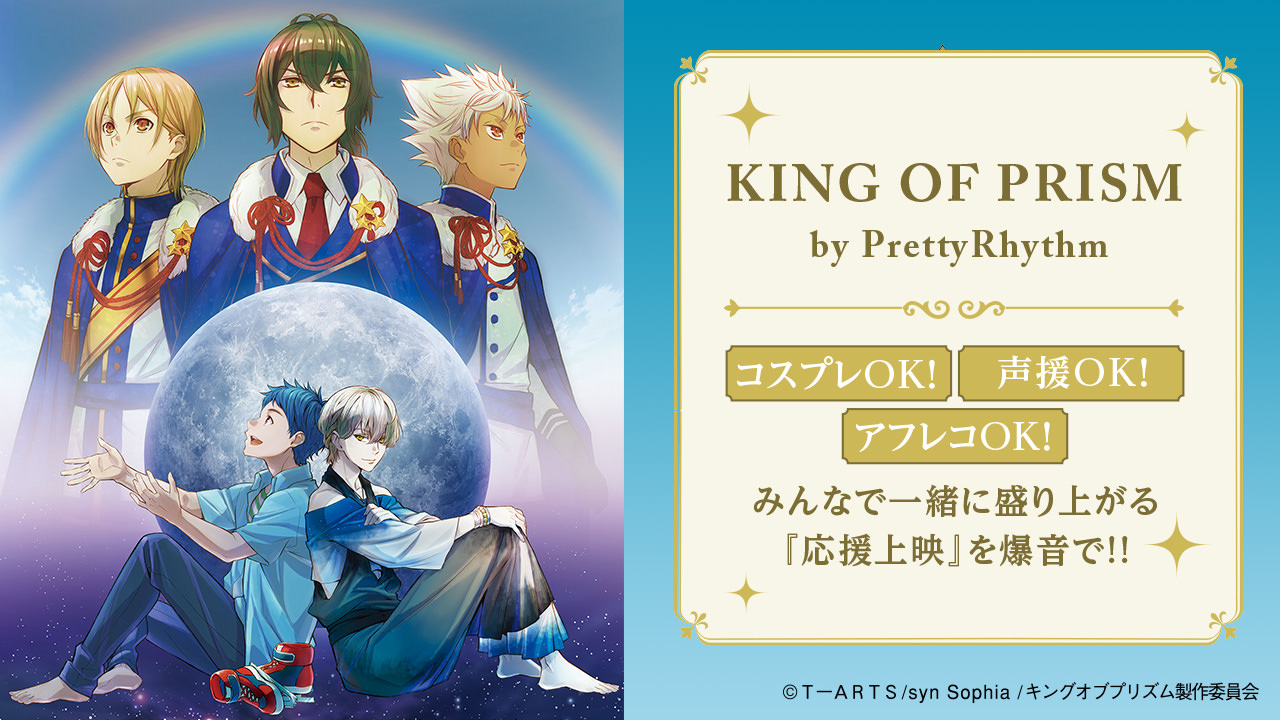 The first TV animation series for girls, “Pretty Rhythm,” originally from the arcade game, was aired between April 2011 and March 2014. While this girl idols’ story was continued in a new series, “PriPara,” the side story of the three boys who helped them return to us is a feature film! The fierce battle begins with the boys’ unit, Over the Rainbow, which was born at “Pretty Rhythm Rainbow Live.”

Over the Rainbow, who debuted spectacularly, now reaches the top of Prism Show with the popularity of its members, Koji, Hiro, and Kazuki, who immediately attract the hearts of the ladies. Adoring them, many new students enter Edel Rose, while the emergence of a new school called Schwarz Rose entraps them in a crisis. At the same time, a large offer to compose the music for a big-budget film from the USA comes to Koji, who writes and composes the songs for Over the Rainbow. Now the fourth year of the Prism King Cup approaches. How will Koji, Hiro, and Kazuki choose their way? The crisis of Edel Rose, seven remaining students, hitmen from Schwarz Rose, a mysterious boy who appears suddenly… Who will be the Prism King, the title for the most brilliant star who makes the ladies’ heartbeats quicken?