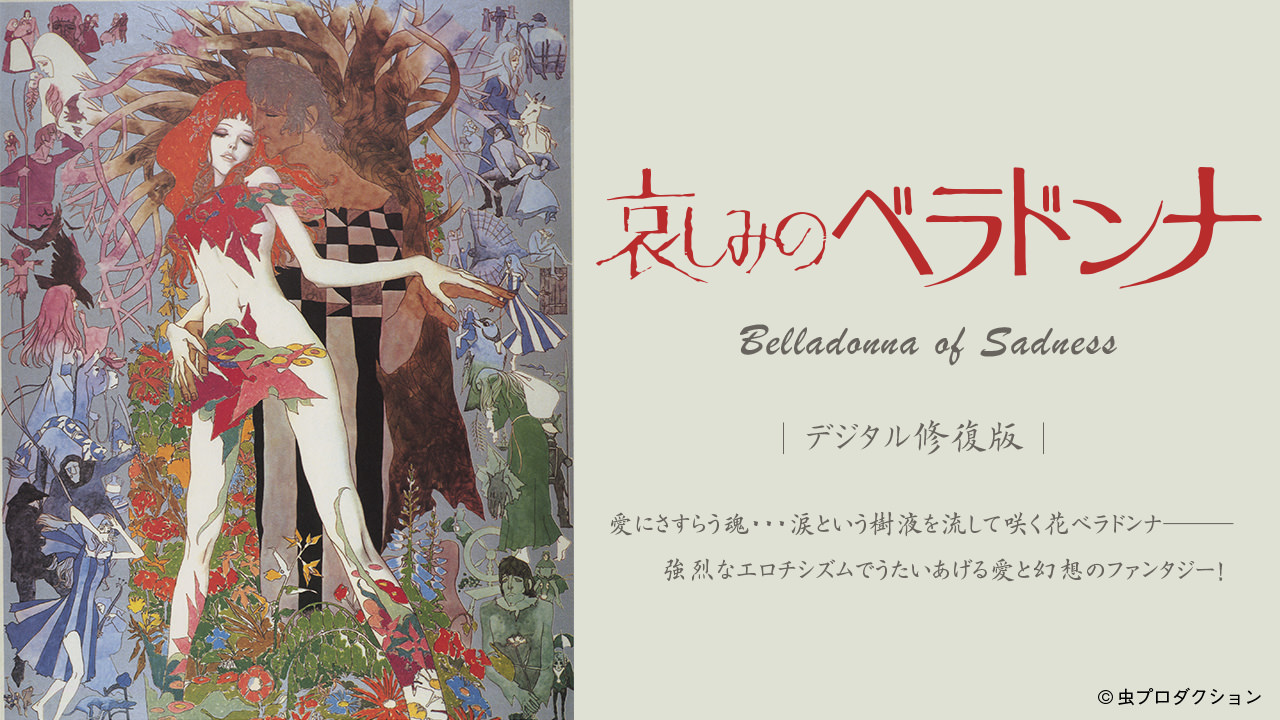 The film is set in a village during the middle ages in France. Jeanne, the protagonist, is raped by the local baron and his lackeys after her husband Jean fails to pay the latter tributes. Jeanne, whose body and heart are hurt deeply, obtains power from an evil spirit. Soon, Jeanne’s woven fabrics become expensive, and Jean takes the role of a tax collector. When Jean fails to accumulate funds for a war, his left hand is cut; meanwhile, Jeanne is hunted by the village people for being a witch.

Eiichi Yamamoto was born in Kyoto on November 22, 1935. In 1953, he joined Ryuichi Yokoyama’s animation studio Otogi Production. He later joined Mushi Production, which Osamu Tezuka established, and directed films and TV episodes, including Story of A Center Corner, Astro Boy, and Kimba the White Lion. He also directed A Thousand and One Nights and Belladonna of Sadness.

Based on Satanism and Witchcraft by Jules Michelet