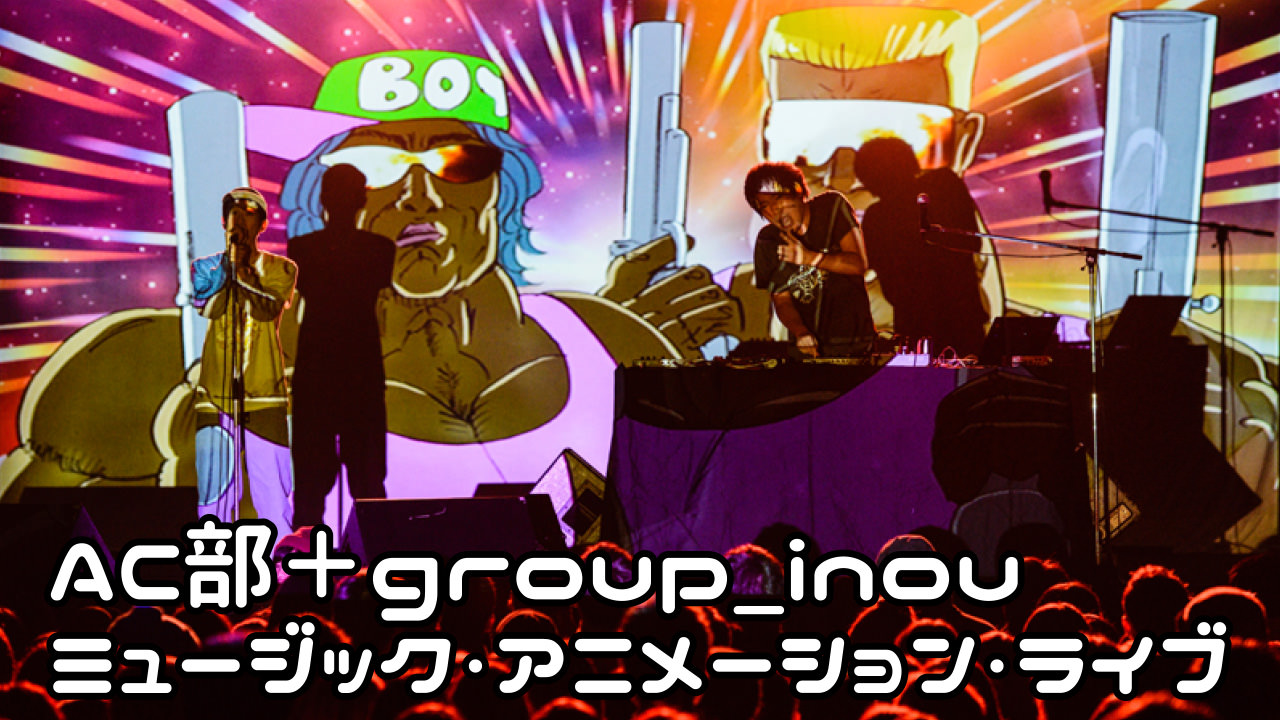 Heat burns the eye and the brain: A live collaboration between AC Bu and group_inou 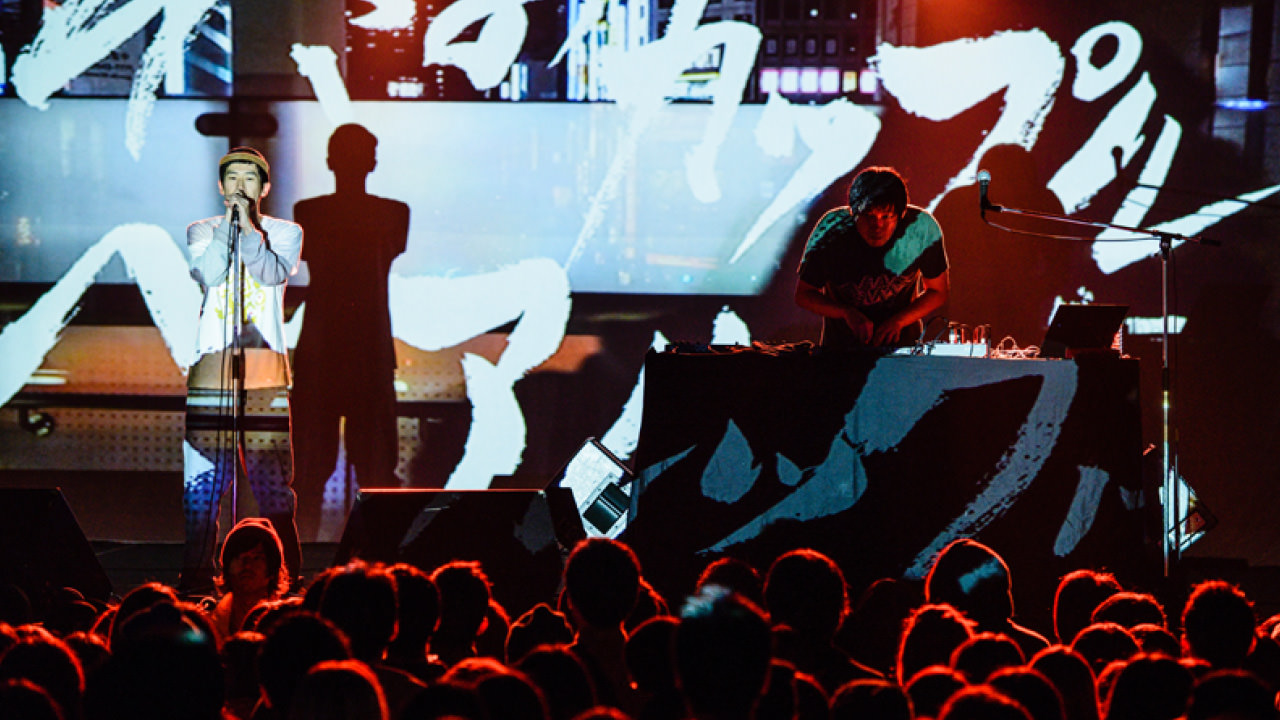 This special program features a live performance from electric hip-hop unit group_inou and a VJ performance from the CG animation unit AC-bu. A unique position is created by group_inou that does not fit anywhere in the previous history of music, and they rock the audience with their high-energy performance. AC-bu explores a new territory of animation with their hi-tension and dense worldview. After teaming up four times for music videos, they are now taking the stage together. 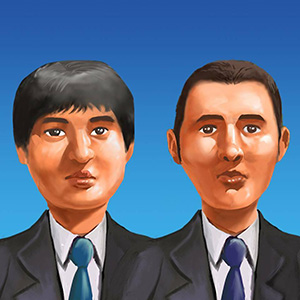 AC-bu is a CG animation team. Its activity started in full throttle when their first film, Euro Boys, their student film at Tama Art University, won the Grand Prize of the Year at NHK Digital Stadium. Based on overwhelmingly realistic illustration, their films implant their dense and hi-voltage visual in various mediums and destroy people’s stereotypes by bringing them a new type of audio-visual experience. Their important works include the music video “Therapy” (group_inou), the commercial “Amemiya when you’re in trouble with pigeons,” the music video “I want to eat sushi, featuring Soysource,” the original film “Ama (woman diver)-zones,” the high-speed picture show “A guide to safe driving,” the gif comic “Enjoy Your Trip,” the commercial “Future is YA-oo-I,” the visual for the NHK Red and White Singing Festival “Kanjani Eight/Maemuki Scream,” and the commercial “Tohyo (Vote) Metropolitan” (Tokyo Metropolitan Government). 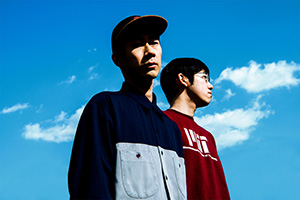